Payzip allows you to arrange your members in the same way that you do in the real world by letting you create groups and moving your members between them.

Members don’t have to be in a group, similarly they can also be in multiple groups.

For example, a member might be in both the Under 12s and the New Members group. These groups are simply ways of quickly selecting multiple members in Payzip. Members never see the groups you put them in.

To get started, click Groups in the sidebar menu.

Here you’ll see any existing groups you’ve created - you can also edit and remove them (which only removes the group, not the members). 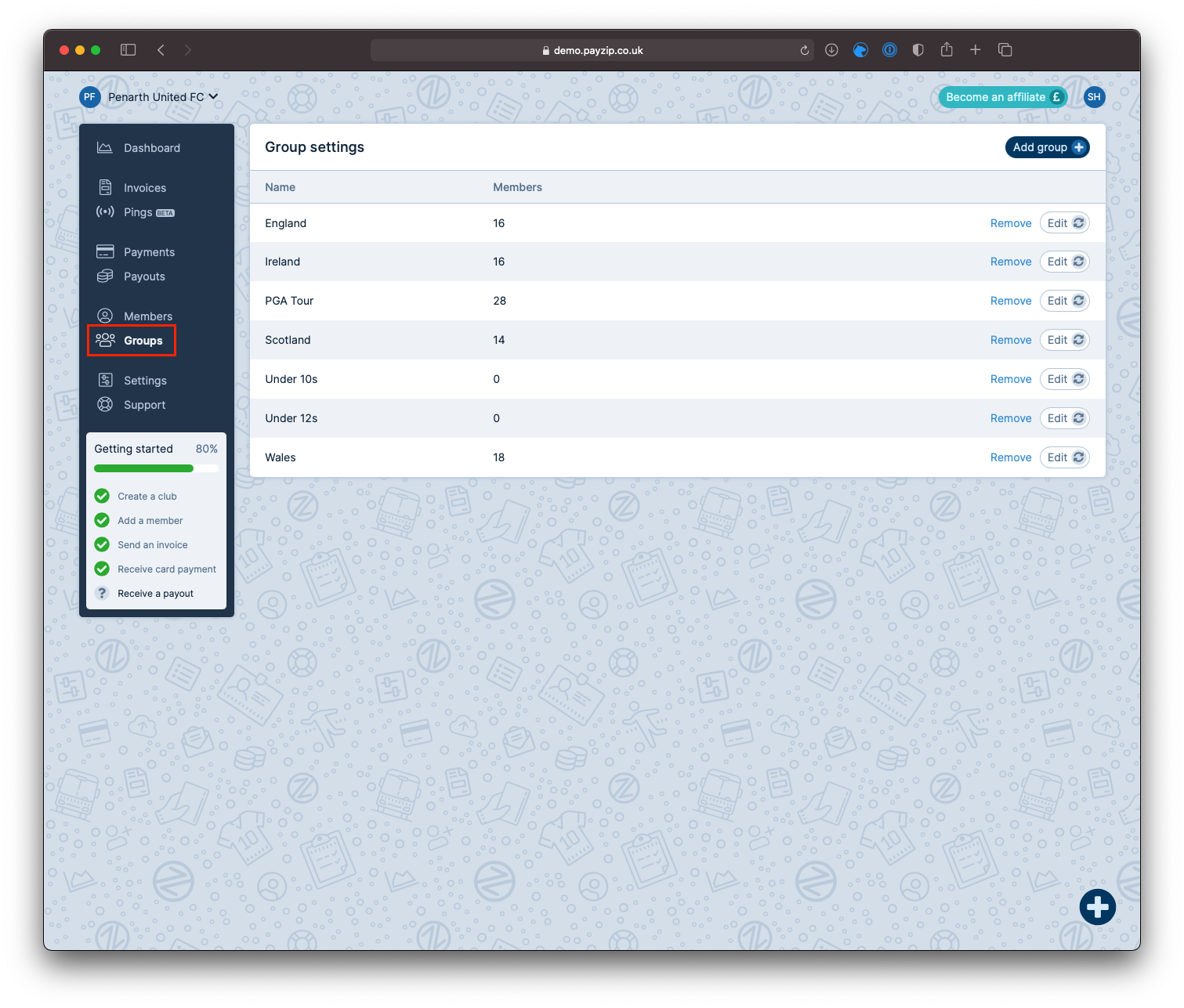 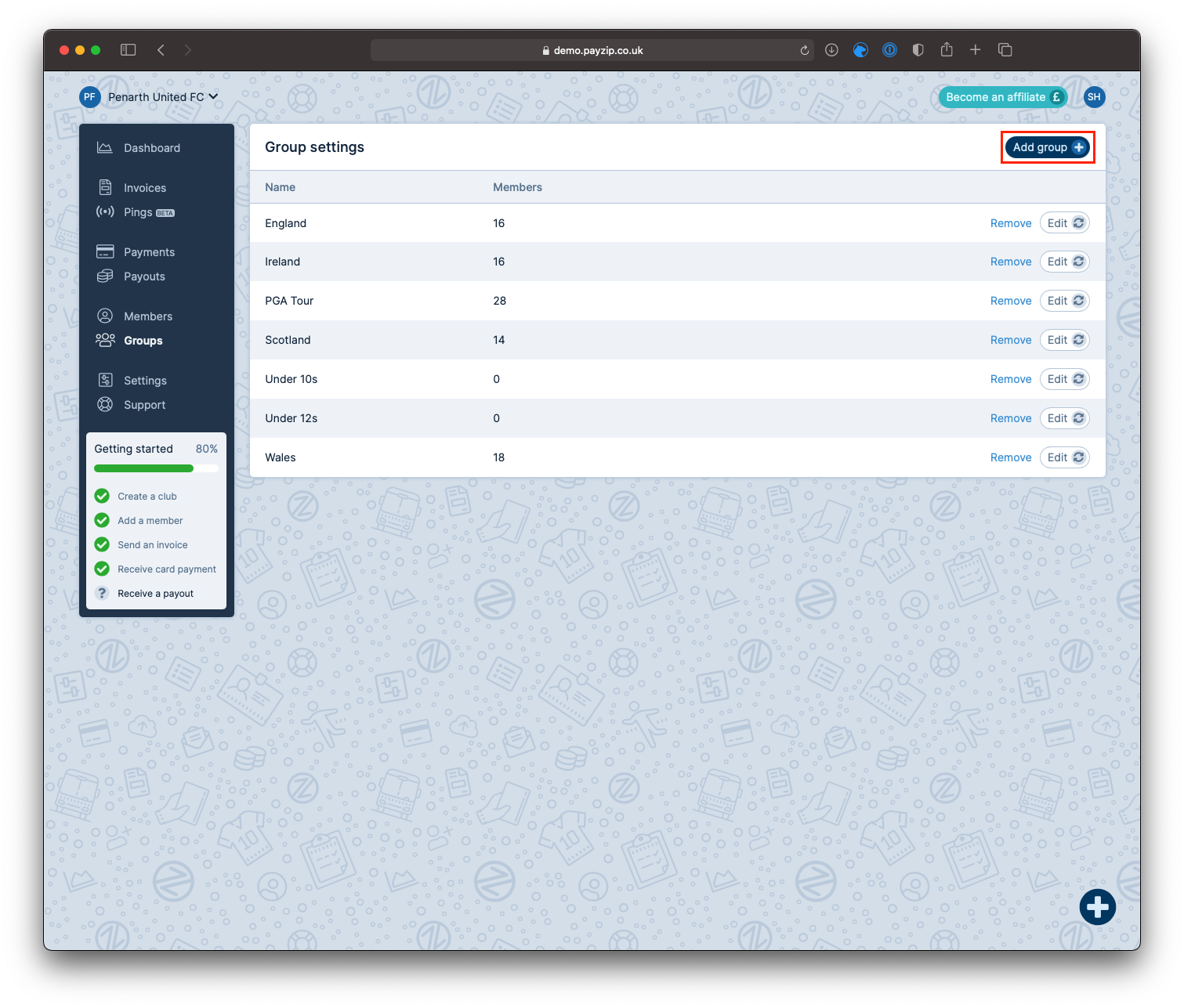 When prompted, enter the group name and click Add group. Your new group will now be shown in the list of available groups. 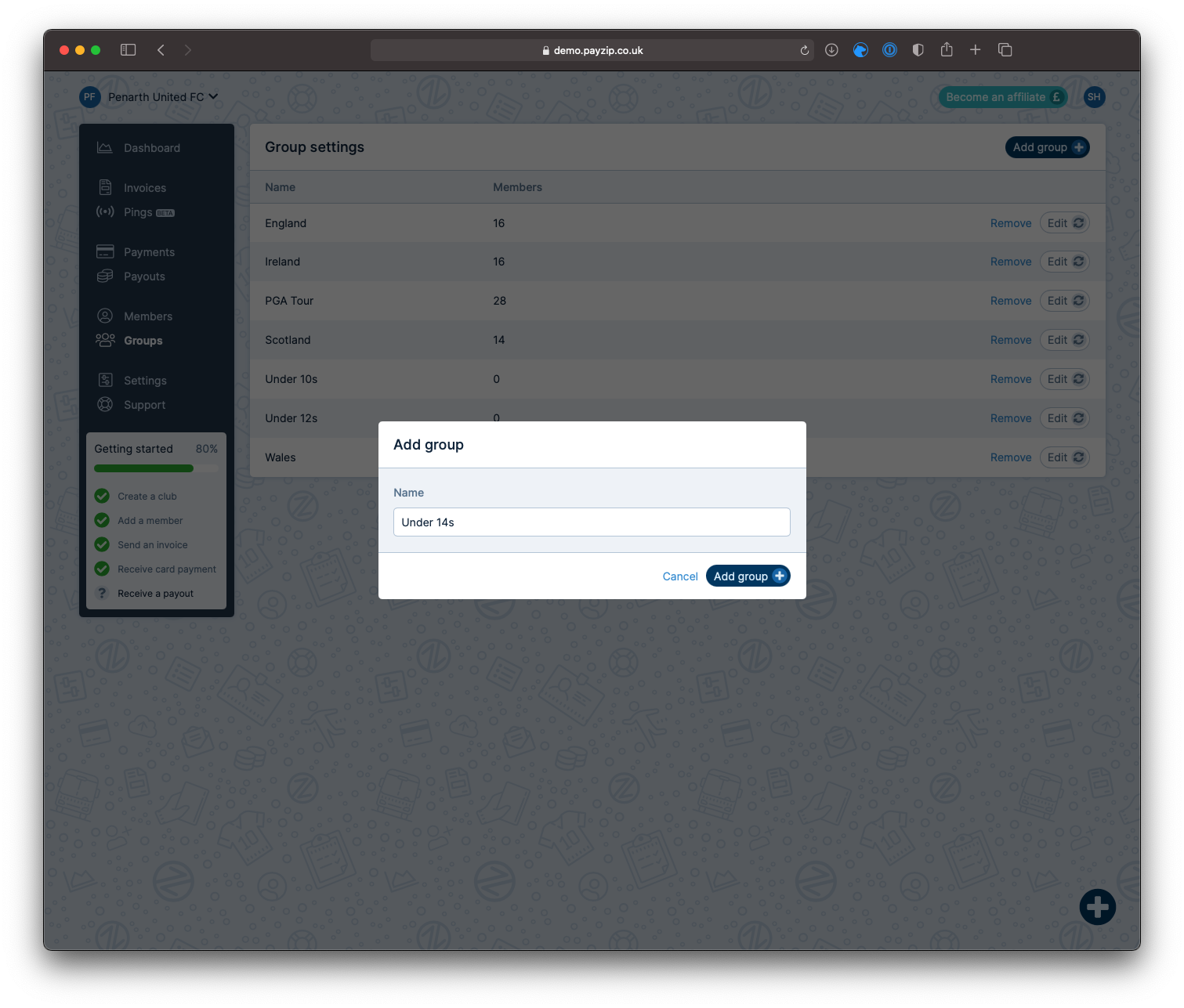 You can change the group name by clicking Edit. Change the name and click Update. 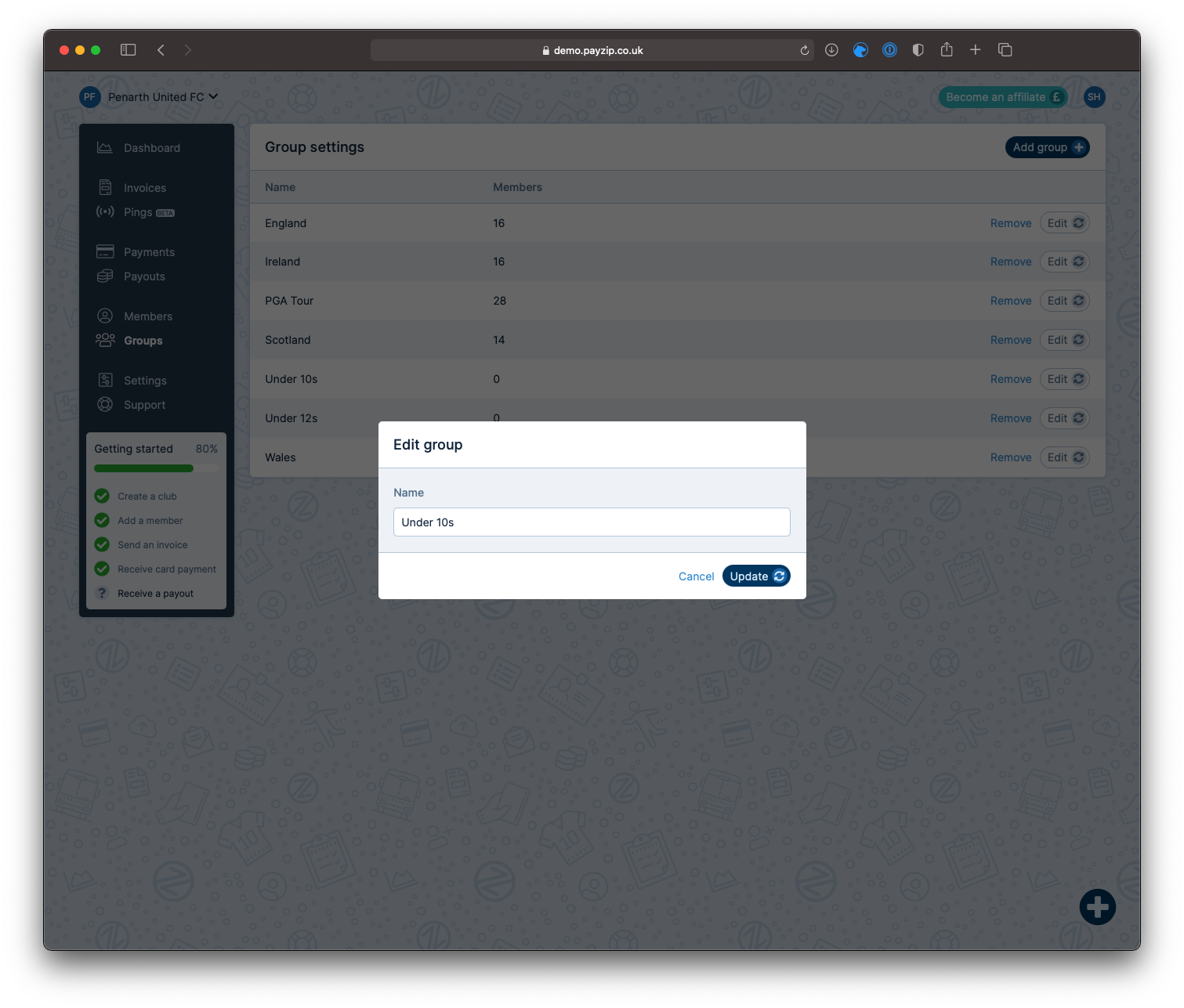 Finally, you can remove a group you no longer need by clicking Remove.

This will only remove the group, and has no impact on the members in that group.

Did this answer your question? Thanks for the feedback There was a problem submitting your feedback. Please try again later.